Read the section about Adding a new AddOn Device.

Controlling the RVM rotary valves with the BMT Software.

The P200-O can be added using USB cable to the computer, the P201-O with direct RS232 connection.

The following valve head line is implemented: VD-6, VD-8, VD-10 and VD-12 as selection/distribution valves; VO-2 as ON/OFF valve and VS-4, VS-6 as switching/loop valves.

The programming functions and the program grid view are integrated for each of the valve configurations.

Each valve needs to be licensed for usage with the software. 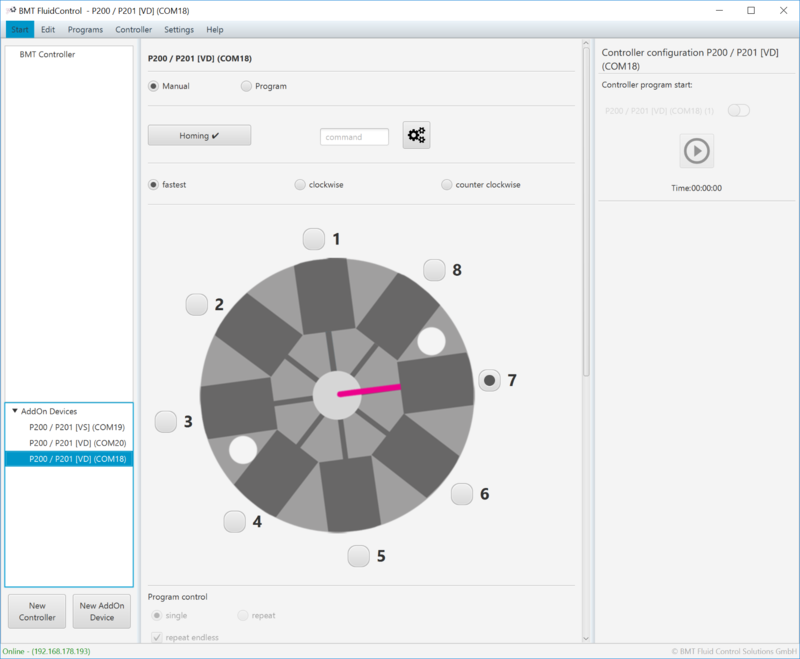 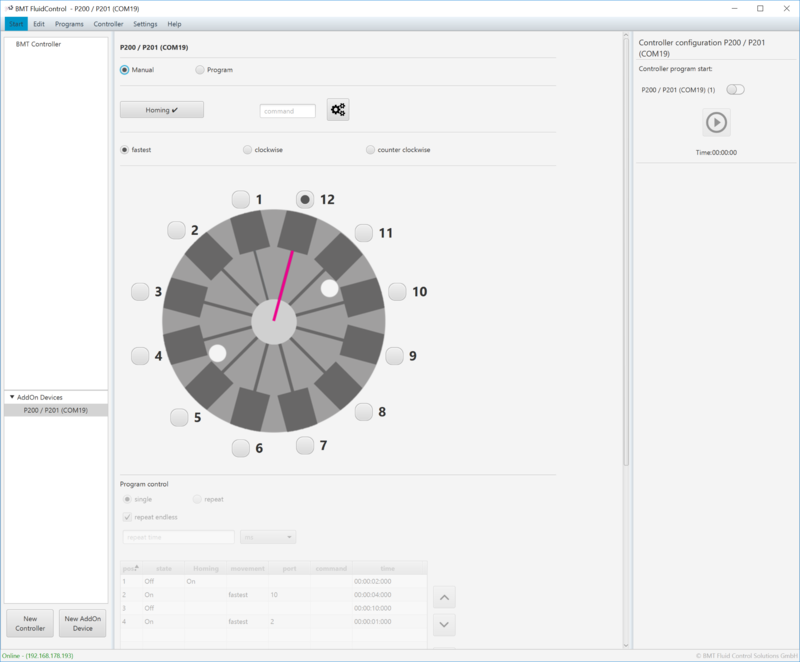 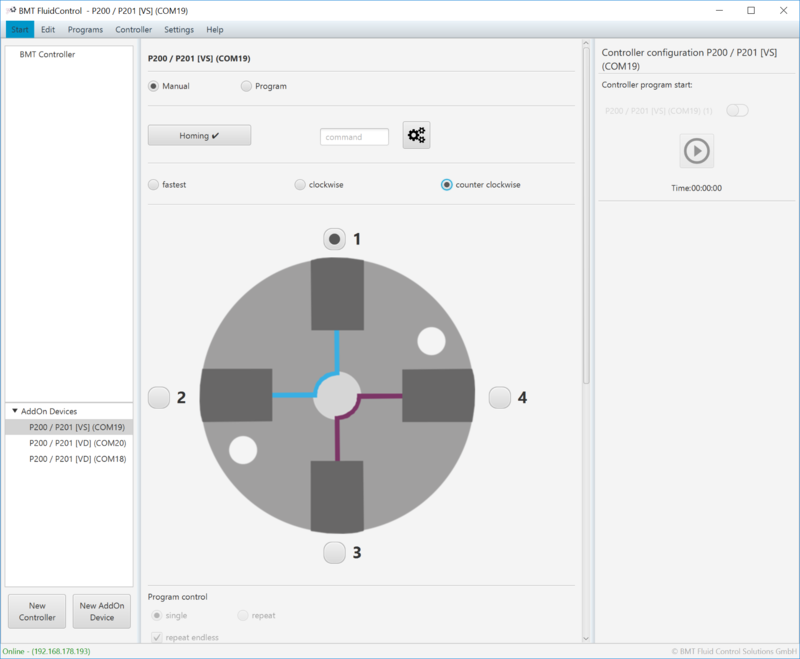 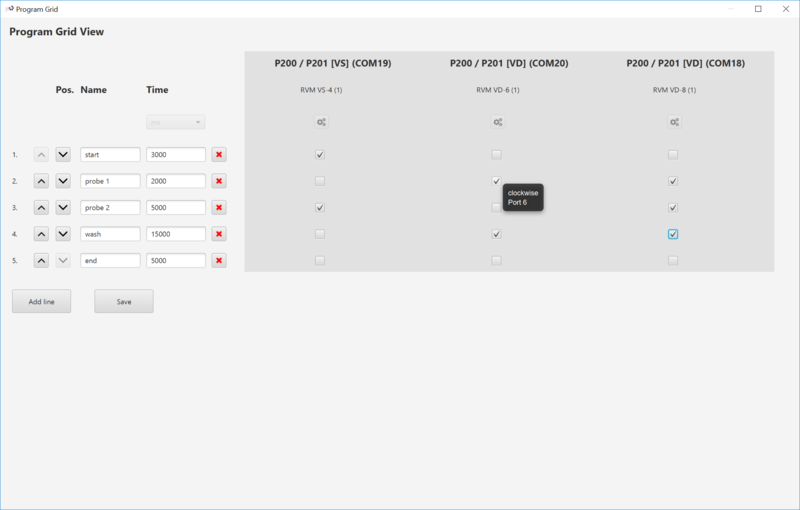 More general details about the grid view in the Grid View Section.